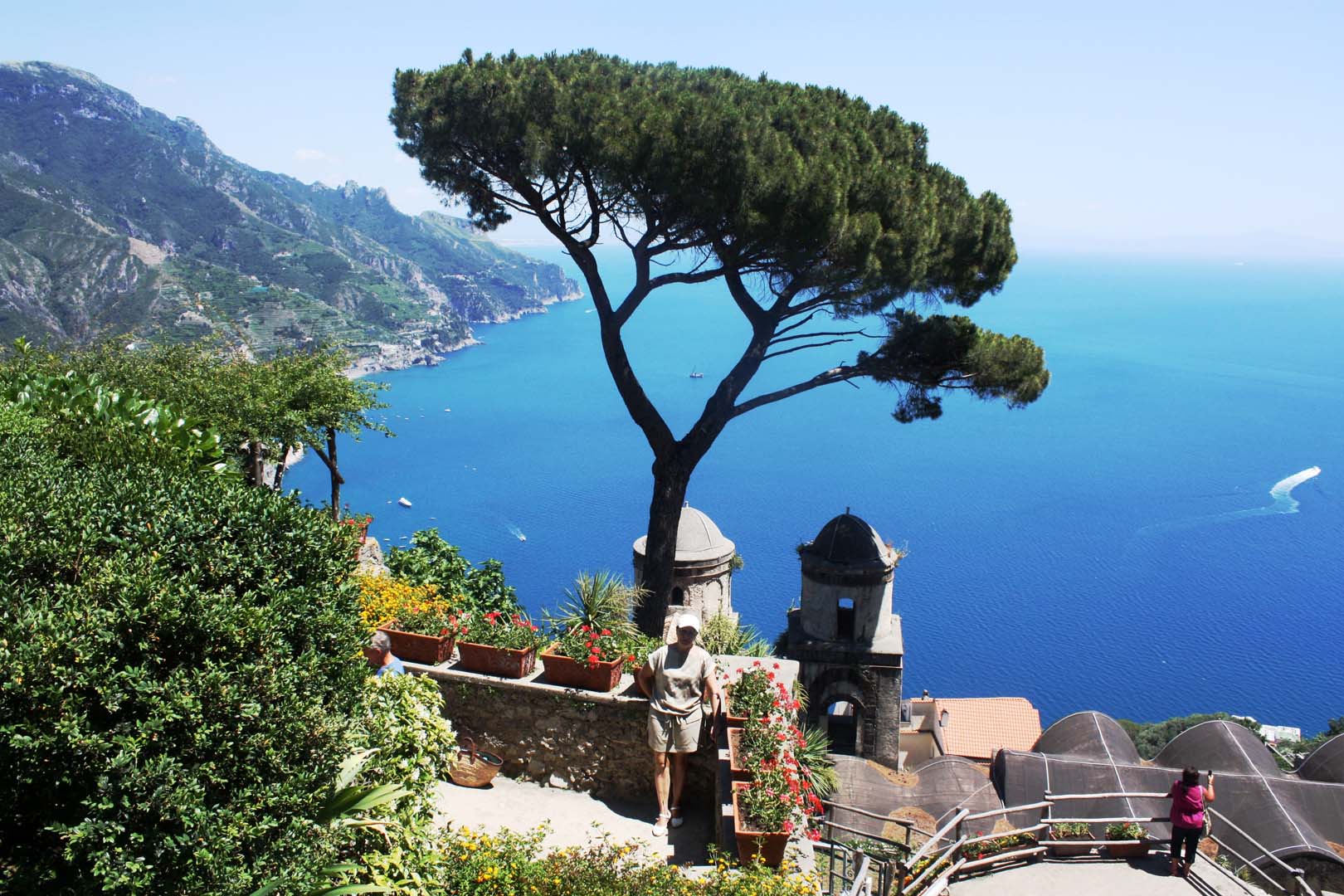 In the centre of the small town of Ravello, 29 km southwest from Salerno, is an umbrella tree that stands in the gardens of Villa Rufolo, which tour guides often refer to as the most photographed tree in Italy.
Open any holiday brochure and visit any website for the popular tourist destination on the Amalfi coast and before long you’ll see an image of the tree.
In fact, so popular is the tree that now there are people who will, for a small fee and using your camera, take a photograph of you with the tree in the background.
The tree is part of the gardens belonging to the villa, which, after you’ve got your photographic holiday memory stored inside your camera, are worth spending some time getting to know.
On two levels and known as the Garden of the Soul, you enter via a path lined with limes and cypress trees that lead to a Moorish cloister before you enter the garden’s first level.
Historically, the garden was created in three phases, the first taking place when the villa was built in the 13th century. The second phase occurred during the period when it was visited by the Italian author Giovanni Boccaccio (1313 – 1375), and then the final phase took place when Scotsman Francis Neville Reid bought the villa, around the middle of the 19th century.
Another visitor of importance was the composer Richard Wagner, who was so inspired by the gardens that he used them as his basis for the creation of the Magic Garden in his opera, Parsifal.
The creation and longevity of the garden posed many problems, in particular the lack of water required to keep it fertile. Therefore Reid installed a cleverly constructed irrigation system and in 1863, after establishing an agreement with the Municipal Council of Ravello, he built an aqueduct that carried water not only to the garden, but also to a fountain that he had constructed in the town for the use of its people.
The portion of the garden overlooked by the umbrella tree has a typical Italian formal courtyard layout; symmetrical borders that echo the villa’s architecture contain a mix of tropical and indigenous plants. The gardens house a substantial amount of roses of antique species including the incredibly rare pink Dijon rose that is in grave danger of becoming extinct.
The 20th century has brought a handful of problems to the garden, swathes of it were damaged during a storm in 1951 and a portion was destroyed during the construction of a new road in 1955; even the war left its mark for some time.
The gardens are open daily from 9:00 am to 5:00 pm and are worthy of taking a few hours out of your holiday schedule to stroll around and take in the mix of flora and fragrance. Just make sure you have enough memory and battery in your camera for the multitude of photographs you’ll want to take and save some memory for some shots of Italy’s famous umbrella tree.